The process of removing surgery of the skin lesion

Before the surgery, the details of the procedure and the procedure after it are discussed. Most procedures are performed under local anesthesia, thanks to which, they are painless. After surgical excision, sutures and dressing are usually applied. They are removed after 5-14 days after the surgery. In the postoperative course, patients usually require little doses of analgesics. The wound after the procedure may be painful for 1-2 hours, when the anesthetic effect ceases. The pain is small, and analgesic drugs can be used to relieve (e.g. Ketonal, Panadol, etc.). For a few days after the procedure, it is require to avoid stretching the skin at the place of surgery, sudden movements and soaking the dressing. The scar will initially be visible, but after some time it will fade and decrease. It is very important to do not tan for 6 months. It is impossible to cut, or remove skin’s changes without leaving even a single trace. Many times it is only a barely visible trace, but in some places, “unattractive” scars may appear. This requires a thorough discussion with the doctor before the procedure. 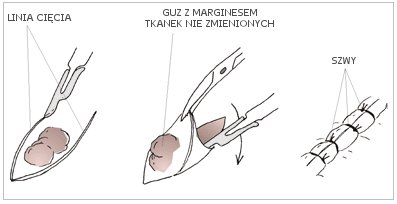 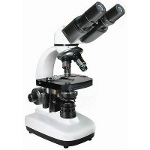 It is a microscopic examination of cytological (cellular) or histological (tissue) material. In this examination, two stages can be distinguished. The first one is the collection of material, and th second one is the laboratory techniques to prepare the assessment of the collected material. In this diagnosis of skin lesions, the material is examined by open biopsy method. It is a method of collecting tumor mass with a surgical knife or other specific tool. The material can be taken in two ways: the first one is to take a slice of tumor – a segmental biopsy, or, the second, which is to remove the whole tumor – an excision biopsy.
After proper preparation, the collected tissue material can be viewed in the form of colored preparations, frozen preparations or smears under the microscope. Both – the preparation itself and the assessment of the preparations, are performed by the histopathologist. Each type of lesion has a specific histological structure (cell type and cell system). This makes It possible to distinguish the wart from the fibroma, or the melanocytic nevus from the malignant melanoma. It is a decisive meaning, when making a decisions about further treatment of the patient. Contemporary principles of oncology prohibit making the therapeutic decisions without histopathological diagnosis. Histopathological examination also gives an answer, as to whether the lesion has been removed with a healthy tissue margin, i.e. in its full measure.